Todd McFarlane was a highly popular Spider-Man artist in the late 80's/early 90's. Widely known for popularizing and normalizing "spaghetti-webbing" first done by Michael Golden[1] in a couple pieces of promotional art, it has since become the standard kind of look. McFarlane was also the first artist to make a significant breakaway from the "definitive" look of the character established by John Romita, Sr. for many years.

McFarlane first made a splash at Marvel with his popular run on Incredible Hulk with Peter David that started in 1987. He was then offered to start penciling The Amazing Spider-Man in 1988 starting with issue #298, he also co created Venom who made his first full appearance in issue #300.

Despite being a resounding success with record breaking sales, McFarlane became dissatisfied with his lack of creative control, and wanted more input in the plotting. It was decided to launch a brand new title, simply Spider-Man with McFarlane writing and penciling. He was succeeded by Erik Larsen after his departure, starting with issue #329

His first original story was Torment, about the Lizard going on a killing spree while under the control of Calyspso. The stories were getting darker in tone, with increasingly mature themes. Tom DeFalco specifically disliked Juggernaut getting stabbed in the eye, and the artwork had to be redrawn.[2] Not feeling respected, McFarlane would later abandon working in mainstream superhero comics for good. He walked away after finishing issue #16. 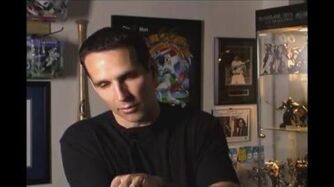 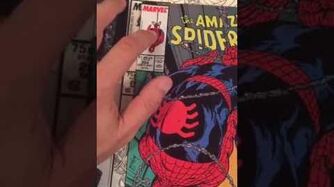 Live Spider-Man Story-Time with the Toddfather. 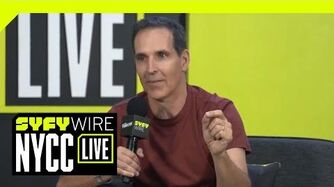 poster
Add a photo to this gallery

Retrieved from "https://spiderman.fandom.com/wiki/Todd_McFarlane?oldid=96397"
Community content is available under CC-BY-SA unless otherwise noted.